Did you know that there’s not one, but TWO The Little Mermaid movie projects?

Poor little mermaid may not be finished anytime soon.

But in the meantime, I found a whole list of other actresses who just might become our latest mermaid princess darling! 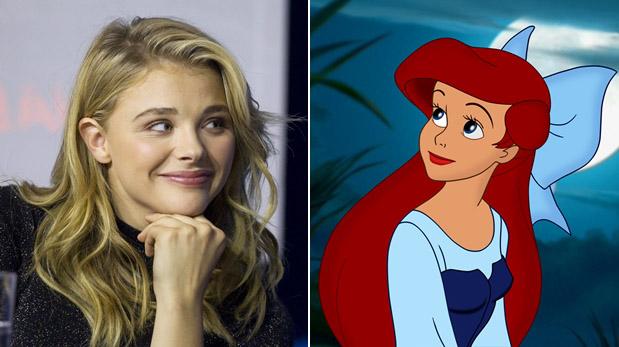 At the end of 2015, Chloe mentioned via Instagram that she would be in a little mermaid live-action film. However, a year later, she decided to put a pause on all her projects so that she could re-evaluate her career, personal growth and emotional health.

“I want to reassess who I am and find myself within my roles again,” she explained.

This still means that Chloe might still don the fish tail and become princess of the underwater world… or it might not. It’s too early to tell?

Emma Stone showed off her vocal range and dance moves in La La Land. Plus she’s a natural redhead, so playing The Little Mermaid might bring her back to her roots (heheh what a pun).

Since winning her first Oscar in 2017, Emma’s proven that she is popular, relevant, and can definitely sell box office tickets.

However, Emma has confirmed in 2016 that she has signed on to play a young Cruella De Vil in a Disney 101 Dalmatians origin story though.

Can you be a Disney villain AND a heroine? Who knows?

Maybe another Emma could step (flip?) into the role of the Little Mermaid.

She may have already played a Disney princess Belle in 2017 Beauty and the Beast live-action movie, but that doesn’t mean Emma Watson can’t play a real-life mermaid either.

Emma sang her own lines in Beauty and the Beast, and clearly can dance too (Perks of Being a Wallflower, anyone?) so I think she would be flawless underwater.

Another factor about being a mermaid is being one with the ocean. Emma is already a real-life eco-warrior, championing eco-friendly brands like sustainable fashion and makeup products.

Plus her stunningly large fanbase won’t hurt. At all.

Doesn’t Rachel in this reddish hair and glowing skin look like she’s already ready to play a mermaid? I’m not sure if 38-year old Rachel can play a 16-year old Ariel, but she certainly looks young and fresh-faced.

Plus, Rachel has an amazing acting range, and can totally delve into any role. She always manages to make any character her own (see: Mean Girls, The Hot Chick, The Notebook).

But she has never played any Disney-type roles, so that would be interesting. Rachel is also known for being very picky with her projects, choosing quality over quantity. 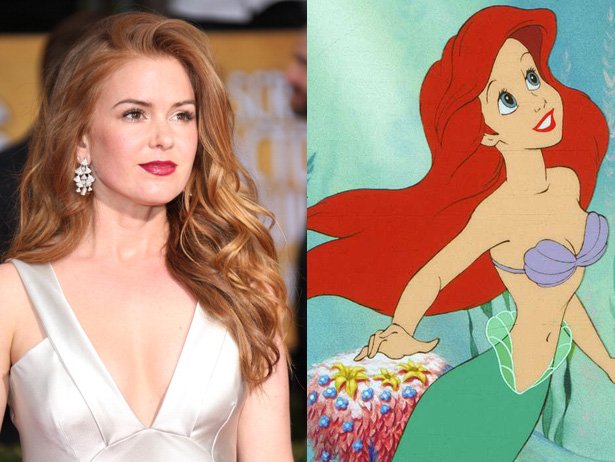 41-year old Isla may be a liiiiittle bit too old to play 16-year old Ariel.

But the magic surrounding Isla isn’t just that she’s got red hair and large eyes (although they certainly help) but her hyperactive personality.

And in that sense, she is head and shoulders above most of the other actresses on this list. 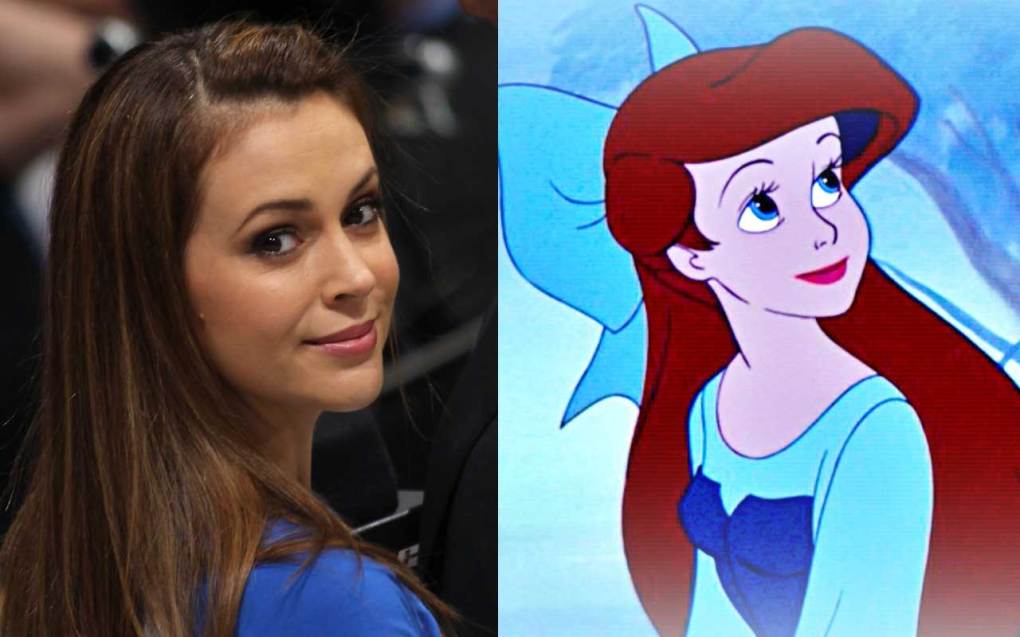 Who better to play the little mermaid than the OG Ariel? Ariel’s features were apparently modelled after a young Alyssa Milano. Alyssa herself confirmed it in 2013, on an interview on the Wendy Williams Show:

“They asked me to host ‘The Making of “The Little Mermaid,”‘ [Watch the awesome retro video here!] and it came out there that the drawing and likeness of the little mermaid was based on pictures of me from when I was younger.”

How cool is it that your photo was used to draw the character of one of the most beloved movies of all time?

I have never heard of her before but when I saw her face I was like Oh. My. God.

She only has a few acting credits including Teen Wolf, but many actresses have catapulted to stardom when a production studio takes a big risk. Remember Anne Hathaway who was a total unknown before The Princess Diaries?

However, I haven’t watched Holland’s acting myself, but some people on the Internet have commented that her acting is sub-par.

And if you watched How I Met Your Mother, you might recognize her as Ted Mosby’s daughter. But she’s mostly been in more dramatic roles like Nikita and Desperate Housewives, so I have no idea what she would be like in a light-hearted role. 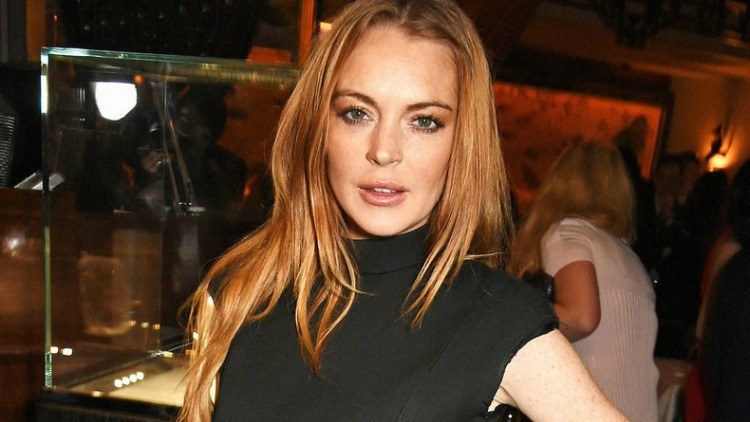 Well Lindsay Lohan herself thinks she would be a great Ariel.

Early this February, Lindsay pitched to Disney that she should star in their Little Mermaid movie. Writing on Instagram, Lindsay offered to play the title role, with Bill Condon (director of Beauty and the Beast) directing it and her sister Ali singing the theme song for the soundtrack. No reply from Disney.

Personally, I would love to see Lindsay grab an amazing role and make her comeback in Hollywood.

BUT… I don’t think The Little Mermaid is that right movie.

Oh, Amber. She’s not had a very good year in the public eye, with a high-profile divorce with Johnny Depp amidst physical abuse claims.

Then she began dating, and later broke up, with Paypal billionaire Elon Musk.

BUT she has been filming for Justice League and Aquaman, playing Aquaman’s wife Mera, who is queen of Atlantis by the way. So she’s already got plenty of experience with filming underwater scenes.

However Amber has mostly taken sexy and edgy roles, so The Little Mermaid would be very different. Would she be interested in a role like this?

Who do you think would fit the role best?